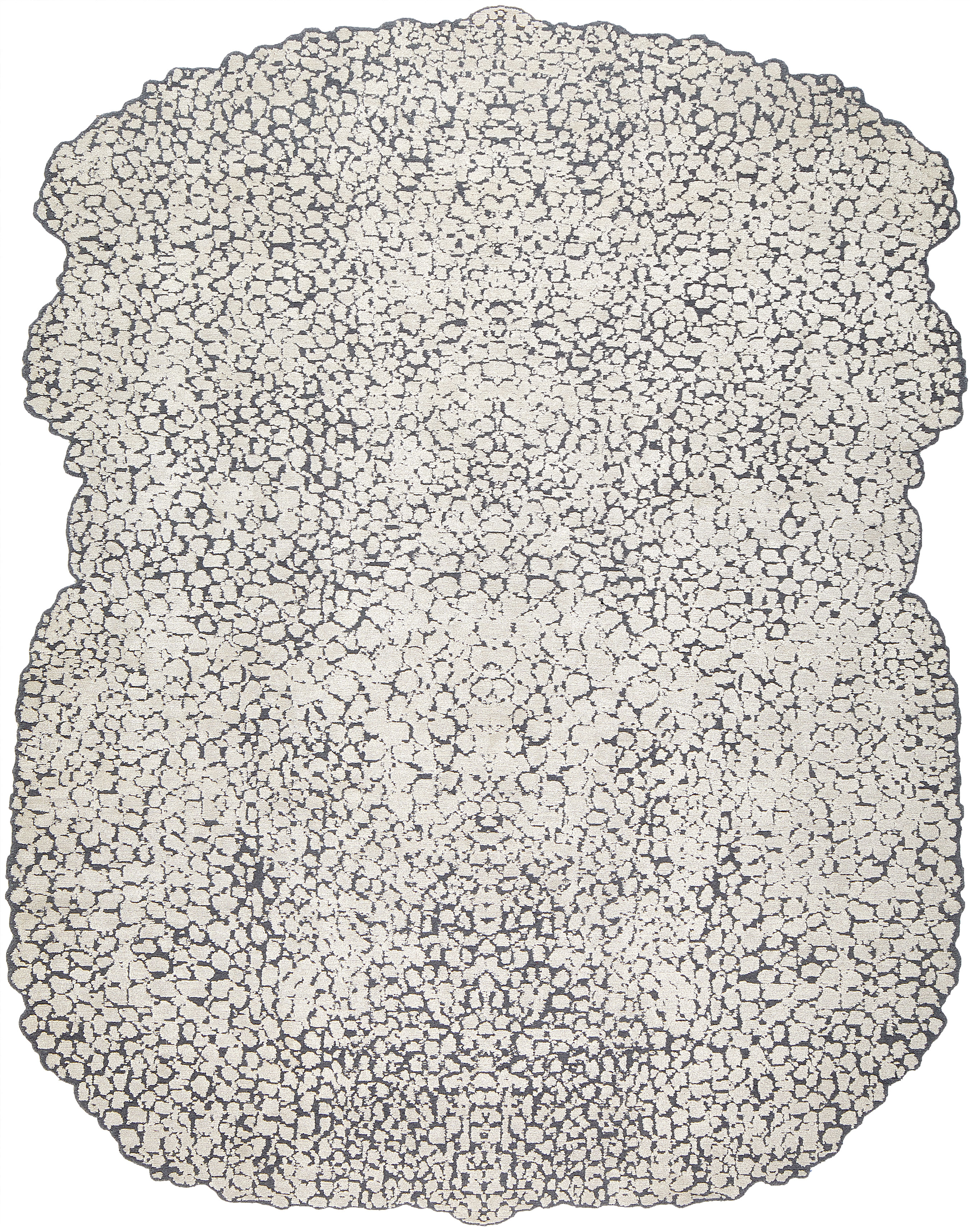 SHAGREEN calls to mind the rough granular surface of the untanned leather of an animal such as a shark or more often ray which was often used to cover furniture in the French Art Deco period. Several years ago, creative directors Brad Davis and Janis Provisor were each given beautiful red Shagreen wallets from Paris as gifts from a dear friend. These became the source of the design, which is hand-drawn. They tried time and again to adapt the drawing to a carpet, but it was not until they shaped the design that they could truly envision transforming the drawing into a hand-knotted carpet.